the thing about this is….Gretchen flat does this Wilson sister song right!  that girl can sing.  and Jerry Cantrell just makes the guitar stuff sound DURTY!!!

great stories and songs.  he goes into a story about having a stutter which he thought would keep him from being who he wanted to be, but God had other plans.

his songs are melodic, fun and thoughtful.  his guitar playing is percussive and rhythmic.  i especially love his cover of  Tom Petty’s ” Won’t Back Down” 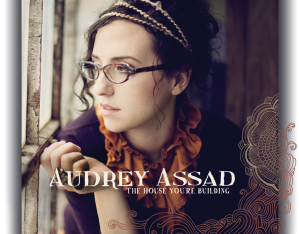 to worship with Audrey Assad at the recreate conference in February.  we were all especially enamored with a song that she and Matt Maher had co-written called “Restless”

fast forward to yesterday.  i saw on twitter that her debut album had released.  so i went and downloaded it from itunes.  obviously went right to “Restless” to see what they had done in the way of arrangement and production.  it was beautiful as i expected.

then i began to delve into the rest of the album.  typically on a debut album there are a few clunkers, you know those songs that were just thrown on to make sure we had ten tracks, not so here.  the songs are rich and vibrant.  the lyrics and melody are soaked with the Spirit.  i was able to worship just listening.  Audrey’s amazing voice soars above the mostly piano driven tracks.  she has such a command of these songs.  the arrangements and instrumentation are so well done.  kudos to Audrey and the producers.  the mix is amazing and just further enhances these wonderful songs.

i would encourage you to go and get this album.  if not for the sheer musicianship and production than for the wonderful spirit of worship that overwhelms the record.

i wanted some original art.  i painted a painting for it.  i had previously had a baseball theme in my office and decided to go with guitars this time.  i asked my friend Floyd (an architect and amazing artist) to paint me a guitar for my office.  he invited me over to his house to pick up my painting when it was finished and here is what he gave me. 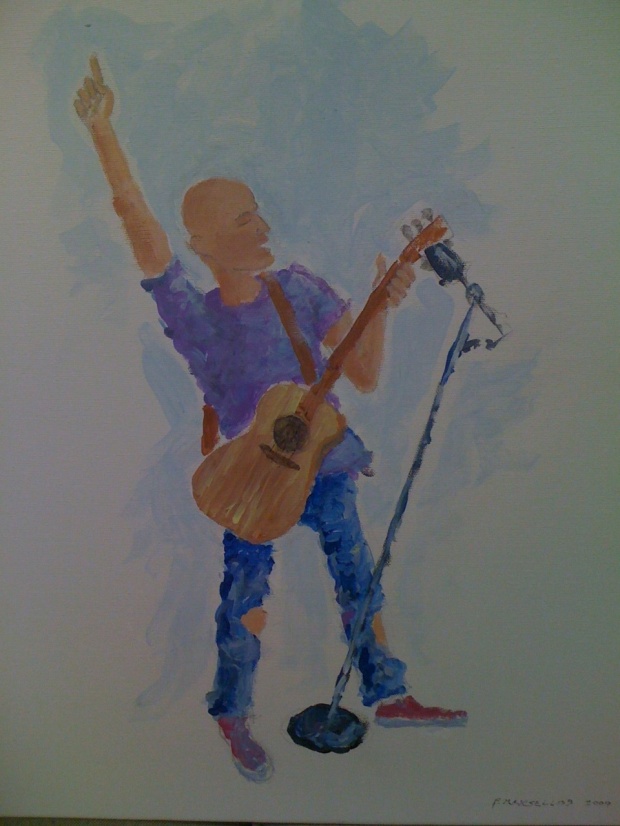 back at re:create in February.  and now it’s just permeating my ears.  it’s a beautiful song.  we’ll be singing it starting next week.

go check out One Sonic Society

with footage completely shot by me.  i also storyboarded the video.  i still need some work on lighting and composition.  the video feels a little unfinished, but i really loved interviewing these great men.  i think it’s a good start.  let me know what you think.

we’re using this in our tv production this weekend and also i may use it in service.