i first read and heard this confession when i was at ecclesia in Houston one evening.  they have communion at every service and Chris Seay typically calls it the Eucharist.  i love this confession, and hope to use it in one of our communion services.

CELEBRANT:   You have made us to be free,

PEOPLE:  But we crave the cheap comforts of our chains.

You have made us to serve others,

But we have eyes only for ourselves.

You have made us to love,

But we are inflamed with lust.

You provide, that we may be generous,

But we greedily hoard as if your well will run dry.

You forgive time and again,

But we hold fast to the sins of others.

You offer light for our path,

But we insist on making our own way.

CELEBRANT:  You are the God who saves.

PEOPLE:  Lord, save us from ourselves.  In your great mercy,  restore and heal us, and grant us your peace.

i’m a fan of Rob Bell.  i’ll quantify that with, “i don’t agree with everything he says”, but that’s how Rob would like it.  i think we could have some great conversations.  the thing i like best about Rob is his books and videos challenge my idea of my own faith.  he gets me asking questions. 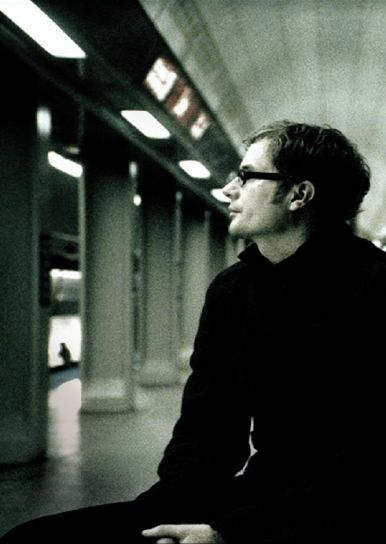 that being said, he kicked me square in the butt yesterday with a passage from his book Jesus Wants to Save the Christians which he cowrote with Don Golden.

they are talking about Empires in the bible and then make these statements.

One billion people in the world do not have access to clean water, while the average American uses 400-600 liters of water a day.

Every seven seconds, somewhere in the world a child under the age of 5 dies of hunger, while Americans throw away 14 percent of the food we purchase.

Nearly one billion people in the world live on less than one American dollar a day.

Another 2.5 billion people in the world live on less than two American dollars a day.

More than half of the world lives on less than two dollars a day, while the average American teenager spends nearly $150 a week.

Forty percent of people in the world lack basic sanitation, while 49 million diapers are used and thrown away in America every day.

1.6 billion people in the world have no electricty.

Nearly one billion people in the world cannot read or sign their name.

By far, most of the people in the world do not own a car. One-third of American families own three cars.

One in seven children worldwide (158 million) has to go to work every day just to survive.

Four out of five American adults are high-school graduates.

Americans spend more annually on TRASH BAGS than nearly half of the world does on ALL goods.

Now, when many people get a glimpse of how the world really is, whether it’s through study or travel or reading statistics like the ones just cited, it can quickly lead to guilt.  We have so much, while others have so little.

Human history has never witnessed the abundance that we consider normal.  America is the wealthiest nation in the history of humanity.  We have more resources than any group of people anywhere at any time has ever had.  EVER!

And we should be very, very grateful.

tomorrow i’ll hit you with what they say about entitlement…..are you ready?

out of Hosea Chapter 10

1 How prosperous Israel is—
a luxuriant vine loaded with fruit.
But the richer the people get,
the more pagan altars they build.
The more bountiful their harvests,
the more beautiful their sacred pillars.
2 The hearts of the people are fickle;
they are guilty and must be punished.
The Lord will break down their altars
and smash their sacred pillars.
3 Then they will say, “We have no king
because we didn’t fear the Lord.
But even if we had a king,
what could he do for us anyway?”
4 They spout empty words
and make covenants they don’t intend to keep.
So injustice springs up among them
like poisonous weeds in a farmer’s field.  NLT

doesn’t that sound just like the USA?  how luxurious? the richer we get, the more pagan altars we build.  wow!  i’m convicted by reading that.

Israel was intended by God to be a blessing to the nations.  they were supposed to declare the glory of the Lord, but instead, they viewed their blessing as being elite.  they prospered and grew lazy about the things of God forgetting where the blessing came from.  as C.J. Mahaney says, “the epitaph on Israels tombstone is…they too quickly forgot”.

have we forgotten the source of all blessing and life?  do we take credit for our successes?  are we like the nation of Israel and only concerned about our own blessing?  i think that we are deceived in so many ways to think that God would continue to bless America when we continually withhold blessing from those who cry out to God.  God hears the voice of the oppressed and He will come to their rescue.  we can either be a part or we can have the blessing taken from us.  what do you choose to do?